From Home Loans to Home Runs:
We Bring You Mortgage News You Can Use.

First time homebuyers and existing homeowners may get to enjoy some extra savings on their new homes. In a move celebrated by consumers and mortgage professionals alike, the president announced today that the Federal Housing Administration would be cutting Mortgage Insurance Premium (MIP) rates by .5%; from 1.35% down to .85%, saving the average homebuyer about $900 per year.

The rate reduction is expected to go into effect in late January 2015, but still requires Congressional approval.

“That’s $900 that can go towards paying for groceries or gas or paying for your child’s education,” President Obama said on Thursday, addressing a crowd in Phoenix, a city hit hard by falling home sales. “Depending on your mortgage, it might even be a month’s mortgage payment.”

The White House’s statement explains that the change has been done “in an effort in expand responsible lending to creditworthy borrowers.”

“A lot of people (have FHA loans) and are paying these fees,” the President said. “If they’re saving $900, that’s money that’s going to be going right through into the economy.”

“You don’t buy what you can’t afford,” he said.

Julian Castro, Secretary of the U.S. Department of Urban Housing and Development, said that the MIP rate cuts would make home ownership more affordable for more than two million Americans.

“By bringing our (MIP) premiums down, we’re helping folks lift themselves up so they can open new doors of opportunity and strengthen their financial futures,” Castro explained.

This is the first drop in the mortgage insurance rate in several years, as the FHA has been increasing rates since 2011 to help offset the cost of the plentiful defaulted FHA mortgages that occurred during the housing crisis.

FHA estimates predict that a quarter of a million first-time homebuyers will become homeowners thanks to the MIP rate reductions. In addition, the FHA and President believe that the cut will help to improve the U.S. economy in 2015.

“We are beyond excited for what this means for our borrowers,” said NLC Loans CEO Jeremy Sopko. “Not only does this bring substantial savings for both new and existing homeowners, but it also means that there are families out there who will now be able to affordably purchase a home when they may not have been able to before.” 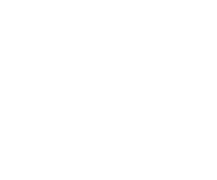 One of our Personal Mortgage Advisors will contact you shortly.